Bollywood is one of the biggest industries of entertainment in India. Many faces come to make their name and many fail to do so. Moreover, some of them get success in making their names and get a place in the hearts of India’s audience. Likewise, Kartik Aryan’s struggle is also a very inspiring story. And every entertainment lover should be aware of it.

First of all, this is a story of a struggling boy who came to Mumbai to make his fame in the Bollywood industry. Kartik Aryan’s Struggle, his lifestyle, Girlfriend, father, mother, occupation, age, height in feet, each and everything will be covered and just going through this article will enable you to have good knowledge about him.

Bollywood is often criticized for nepotism.

As a result, the deserving characters lag behind and talented people don’t get a chance to show their talent.

But some people are unstoppable no matter what. Kartik is now one of the most loving actors in the Bollywood industry.

Starting with his name, Kartik Aryan. Although, you may be surprised that his real name Kartik Tiwari. Later he replaced his surname. And he is called Kuki at home. Kartik was born on 2 November 1990. He was born at Gwalior, Madhya Pradesh.

Kartik’s parents are doctors by profession. He was always an average student in his school. Kartik was very fond of films and wanted to become an actor from his childhood. In spite, he was not having any idea about how he will pursue his acting career, living in Gwalior.

He didn’t even share his dreams with his parents. although, whenever he used to tell his friends about this, they used to mock him and laugh at him.

After he completed his schooling from Gwalior, he thought of pursuing his career but he was not having any idea about this.

Finally, after he went out to seek people about his career, he got to know one thing from all sides that is, he will have to go to Mumbai if he wants to do something about his dream.

So he decided to go to Mumbai and complete his B-tech from there. So that he could pretend to go for his studies. He took admission to DY Patil college in Mumbai, but he was not interested to go to college at all. He started spending most of the time in his acting classes and acting auditions. It is easy to go to Mumbai for an actor, but very difficult to stay in there.

In The city of dreams, Mumbai, Kartik gradually came to know that the city is very costly to live and everything is charged too much from rent to acting classes. Also, then he started modeling and did some of the modeling assignments. Moreover, I participated in advertisement projects which were never released.

After some time when Kartik Aryan’s pocket was going weak, he started giving more and more auditions. But this time he was also selected for a film and got a role in it. Unfortunately, that film was never made complete. Now this time he got very demotivated and disappointed.

He started questioning himself. Like “am I really a good actor?” and “will I be able to make my career through acting?”. Besides this, he never quite giving auditions. He kept on trying. And randomly, he went to give auditions for “Pyaar ka punchnama”. According to Kartik, he gave a good audition, but he was again rejected.

Certainly, After somedays, the audition team rechecked Kartik’s photos, they decided to give another chance to him. And after some more auditions, he was finally signed for the film. The very first thing after he got this news, he quickly called his mother and told every single thing about his journey. And also said that he has to go to a film. His mother was shocked and happy at the same time.

Pyaar ka punchnama was released and in youth, it got very famous. Consequently, Kartik’s dialogue got very viral on social media and everyone liked Kartik’s work in the film. He worked hard and started getting more and more offers for films. He did 4 movies in 2 years. And Pyaar ka punchnama 2 was one of them. For the reason, that he was at the stage where he could also get fail in his carrier if his film flops. But his film was such a super hit, that from directors to public review, everyone gave appreciation to his work. The film was “SONU KE TITU KI SWEETY”.

And that film made him a star of Bollywood. He never looked back from there. And now he has owned his house in Mumbai where he lives with his mother and father. He is recently seen in his new film “Luka chuppi” and this film has also got very good reviews. 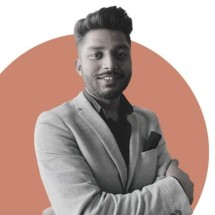 By MenzzbeinggentlePosted on May 10, 2020May 11, 2020 Posted in BIOGRAPHY, GROOMING
Spread the love

Spread the love“Sapne wo nhi jo hum band ankh se dekhte hai, Sapne to wo hai jo hame raaton ko sone Nhi dete“. With these thoughts in mind and fire in eyes, a small-town boy Gautam Prasher Bali has turned the fortune and made it to be the bridal expert and the best celebrity makeup […]

By MenzzbeinggentlePosted on February 15, 2020June 21, 2020 Posted in BIOGRAPHY, BOLLYWOOD, FITNESS
Spread the love

Spread the loveTiger shroff diet plan is in discussion these days so what makes this man a great personality in Bollywood let’s find out. “Sabko aati nahi, meri jaati nahi” a very famous dialogue well said by one of the fittest Bollywood actors, Tiger shroff in the movie “Heropanti”. This hit movie actually changed my […]